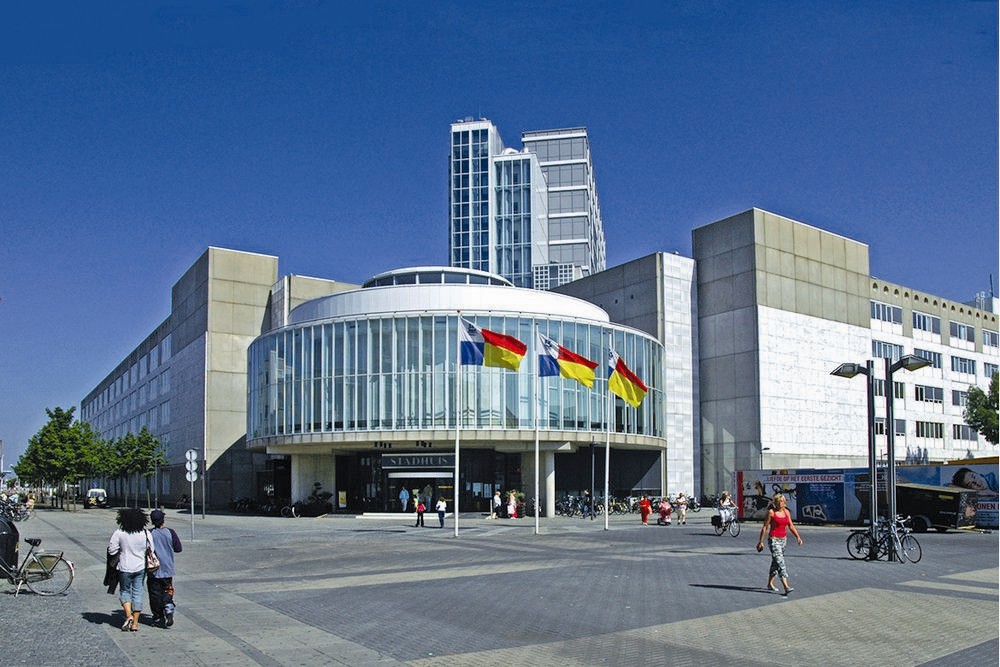 The City Hall was the first prominent building in Almere Stad city centre. The cylindrical council chamber, the seat of civic administration, is prominently visible above the entrance foyer on Stadhuisplein. Three office wings spring from this core. Two five-storey wings are aligned at right angles to one another, parallel to the two internal roofed-over alleys. A third wing, rising to ten storeys high, is inserted diagonally between them. The glazed wing containing the council offices, nicknamed the banana, wraps around it in a stylish curve.